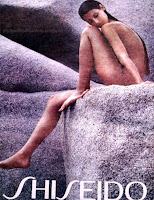 I regularly read Rands in Repose, and today’s article was nothing short of awesome. If you’re not a Rands reader, I highly recommend you become one, if for no other reasons, for bits like this:

Photoshop’s goal isn’t entertaining unless you think the national pastime of bitching about Photoshop is a sport. Photoshop has no points or leaderboards because Photoshop is a tool and the perception of tools is that you must be willing to supply blood, sweat, and tears in order to acquire the skills to become any good at using them.
Bullshit.
Make a list. Tell me the number of applications you use on a daily basis where there is a decent chance that you’ll end up in a foaming at the mouth homicidal rage because of crap workflow, bad UI, and bugginess. Is Photoshop on that list? Yeah, me too.

Photoshop isn’t one of my regular tools, but the Mac image editing app Pixelmator absolutely is. Why? Two reasons… first, its slightly cheaper and second, it doesn’t make me want to gouge my eyes out every time I open it. No, I’m not a professional image editor, so I don’t need Photoshop, but the few times I’ve tried to use it, I run screaming back to Pixelmator every single time.

I bring all this up because I feel that programs like Photoshop just need to die. Die a horrible death. In a fire. Then get its ashes buried in the deepest part of the ocean. Never do we want to involve ourselves with something that makes our users want to hate our product. This is a sign of a product, and the project that creates it, gone wrong.

Oh, and before I forget, there are a few other apps that fit on my ‘list’ as well. Naming them all would take too long, so I’ll list categories instead, but I bet your list looks a lot like mine:

Pretty much, if its a tool used by project people, I’m probably going to hate it. That’s sad, because in the 10.5 years I’ve been doing this, it hasn’t gotten any better.
(Yes, there are some fine tools out there; I just don’t get to use them, and even those I have played around with that were not terrible still made me want to gouge out my eyes at least once a day because of some insane thing it did.)
What’s on your list?