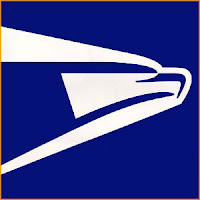 Part of me feels bad, picking on an organization like the USPS. Then the rational part of me steps back and realizes, who better than to take on than an organization with so many problems. Who else is in more need of some new ideas?

The organizations issues are numerous:

I could go on, but I think you get the idea. So now I would like to float a few ideas that I think might help the postal service survive, or even thrive, in the future. I’m definitely not an expert, although my day job does give me a lot of knowledge about the economics of delivery, but that’s actually kind of the point.
To structure my ideas, I’d like to focus on a coupe classes of ideas. First up is cost reduction:
But cutting cost is only half the battle. What about revenue?
Yes, many of the things I suggest are outside of your mandate or outside of your traditional offerings. That’s the way of the market. You’ve stood still too long, doing what you’ve always done, but times have changed while you have not. There is one more thing you need to think about… what happens after your mission is over?
Don’t get me wrong, people will always need to move physical goods from one location to another without making the trip themselves. But your mission, delivering mail everywhere, will end, if for no other reason than everything ends at some point. What plans have you made for your organization when that day comes?
The time is now to invest in the future. Innovate. You can do it; you’ve got the people and the history, you just need to make it happen.