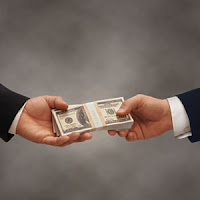 One of the bloggers I follow on Twitter, who has nothing to do with our chosen field of work, pointed me towards the website for the US Bureau of Labor and Statistics. While there, I spent some time reviewing the job prospects and salary ranges for BAs and PMs (which I am going to assume fit into the Computer and Information Systems Manager category).
Some interesting quotes and takeaways, first from the BA page:
Its good to be a BA in today’s world.

It seems as if the BLS feels BA jobs are becoming more technical instead of less.

Those job numbers are obviously for the US, so your mileage may vary in your country. Still, that means there are a lot of BAs out there in the world. I would bet there are even more doing the work, but just don’t have the title.
Lastly, some salary info:

We won’t, generally, get rich from this job, but will do pretty well for ourselves. Not bad.
Now lets look at some points for PMs.
As with the BAs, PM roles seem to have a good future to them. But there is a bigger downside for PMs than BAs.

Long hours are common, and some may have to work evenings and weekends to meet deadlines or solve unexpected problems; in 2008, about 25 percent worked more than 50 hours per week.

The number of hours worked for PMs seems to be higher than for BAs.

Computer and information systems managers held about 293,000 jobs in 2008. About 16 percent worked in the computer systems design and related services industry.

When compared to BAs, there are fewer in the management field, but those jobs seem to be spread out over a wider set of industries.

In return for those longer hours and additional responsibility, it seems that PMs do command a higher salary.
There was one thing I noticed that were not discussed in either of these profiles. In the education section, there really wasn’t any mention of professional certifications (CBAP and PMP). While there was a significant amount of discussion of college, graduate and technical degrees, the role of certifications was largely ignored. With the popularity of the PMP and the growing popularity of the CBAP, this did surprise me.
What do you think about these articles and what they say about our chosen professions?