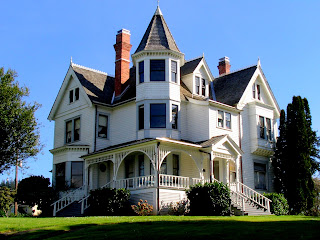 Quick, but hopefully funny, story to tell you all. Earlier today, my wife and I took a short drive to meet a real estate agent who was going to show us a new (to us) house. We’ve got a great house now, but we might move if the right opportunity came along. We thought it might have done so. The house was on the right street, it was price right and from the photos, it looked like it had just what we wanted.

My, were we ever wrong.

This house was a disaster. It was a money pit. I would not have paid half the asking price, but then only under the condition that it was gutted and rebuilt from the ground up.

Over dinner, my wife asked me an interesting question… what would we both really want in a house that we would want to spend the next couple of decades in? I suggested we open up our mutual favorite note-taking app, Evernote, create a shared note and then fill that up with everything we think would make for a great house.

It was at that moment I realized I just recommended we create a requirements document.