About 5.5 years ago, ArsTechnica gave me the best belated birthday present I think I have ever received... a review of Soylent. I had been hearing about the drink for a while before this, and had wanted to try it, but hadn't built up the gag-reflex to actually spend the cash to do so.

I love to eat; after spending 4.5 months of my life living in France, its quite difficult to not love eating great food. My wife is an amazing cook, so most meals I eat are top tier. Yet, there are busy days where I just need fuel, not a gourmet experience. The body needs to keep on moving, without taking time to experience the profound.

The year prior to that Ars series, I had begun a workout regiment and diet plan that involved me increasing my protein intake while decreasing my overall caloric intake. While protein bars were dry but edible, protein shakes were the most foul concoction known to man. Despite sampling close to a dozen options, not a single shake got past more than a couple swallows before it was poured down the drain. They are just not consumable for me.

When Ars's results were explosive (literally, and figuratively), my fuel desiring self was disappointed. I had hoped that this might be my salvation, while it ended up being nothing more than an amusement. Years went by, my exercise and diet regiment faded, and the weight I lost came back. I had learned during those years that portion size and selection were my enemies moreso than any particular dish.

Which is why, when a free bottle of Soylent finally made its way into my hands today, that the old curiosity was rekindled. Remembering the explosive results from Ars, I elected to refrain from consumption until I returned to the safe space that is my home. 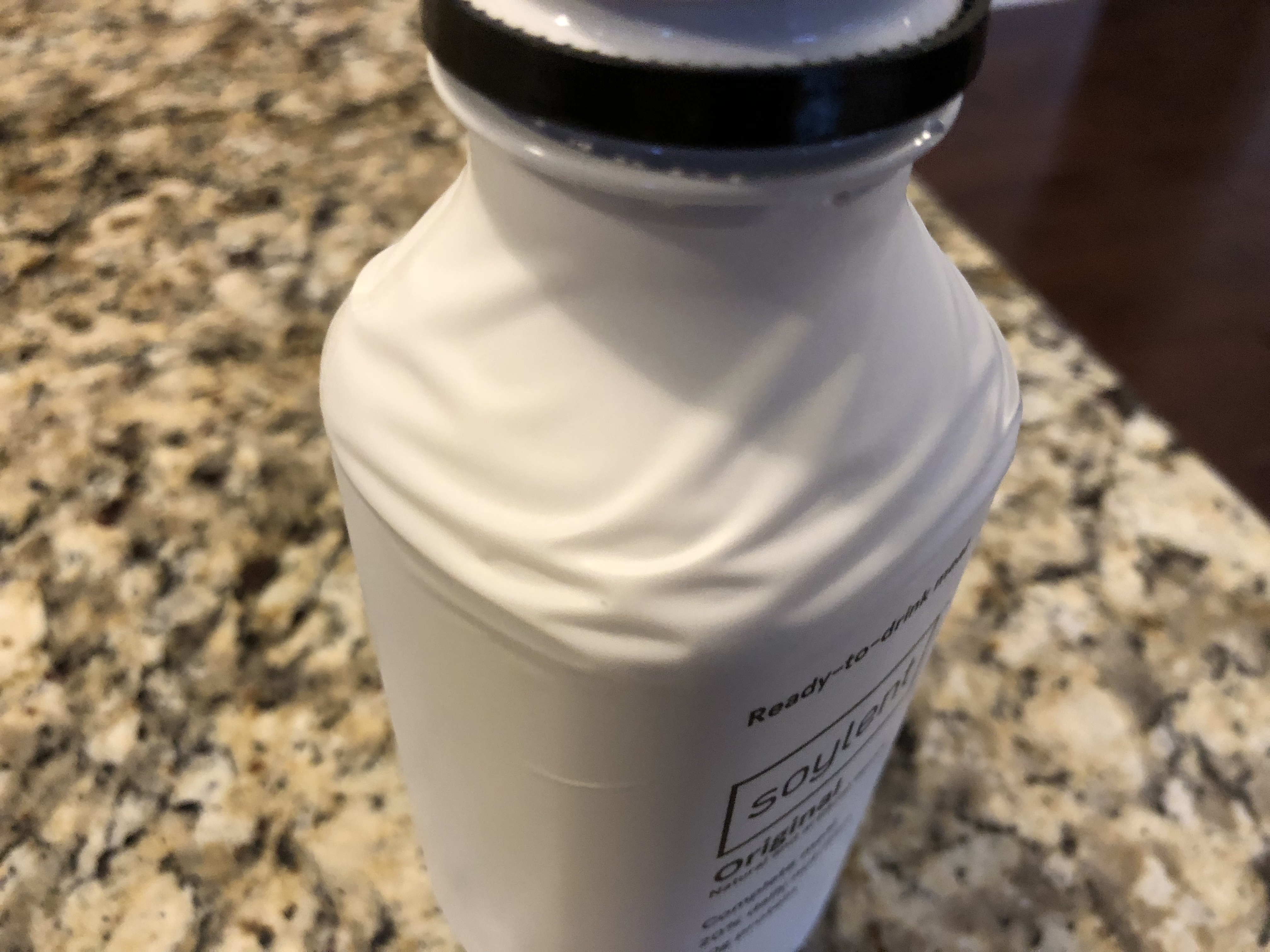 First impressions matter. While the bottle had a good feel to the hand, solid and stiff, the shrink-wrap label made it feel a bit cheaper than it would were the bottle printed. Gripping the bottle in one hand, the lid in the other, showed the problems with shrink-wrap, as it bent and twisted during opening. Yes, this is only an issue if you get the pre-mixed solution, but it is a problem for this packaging solution. Simply put, it looks nice on the shelf, but cheap once its in your hand. 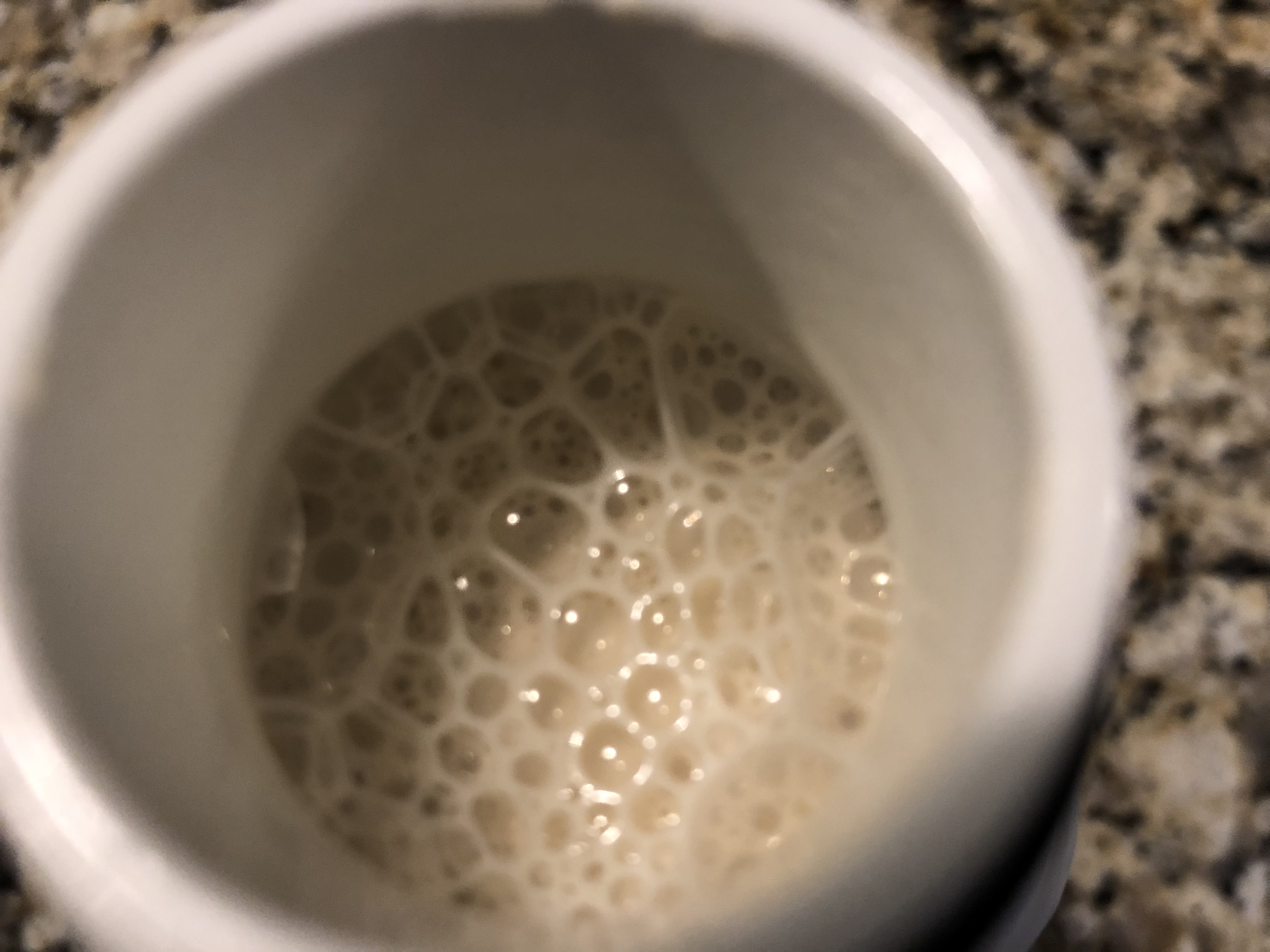 Before opening, I gave the contents a good shaking. Nothing on the packaging said this was a requirement, and I only have one bottle to compare against so the smart thing would have been to not shake it to find out, but I decided to go with a good shaking to make sure the product was as thoroughly mixed as it could be. The bubbles were thick and slow to pop, indicating to me that the contents were more than just a thin liquid slurry.

Before tasting, a few good sniffs were needed. Back to my experiences in France, I learned how to take a good smell before ingesting, albeit with wine and not Soylent. The odor was familiar, but given my nose is mostly dead to smells (thanks, a lifetime of allergies!), it took a bit of time to place it... corn starch. That isn't an ingredient in the beverage, but the smell of it, I'm assuming from the rice starch, was definitely there. Otherwise, it really didn't smell of much to me.

Smell is a big part of taste, but it isn't the whole of it, yet in this case it is indicative of the taste. There really isn't much of a taste to it. That Ars review I keep pointing back to was long ago, and it is clear to me that the formulation has progressed significantly since that time. My assumption is that this is somewhat intentional, as the bottle I had is the Original flavor and not one of the newer named flavors. If you are going to make a base that you can then expand into other flavor profiles, its easiest to do that with a fairly neutral base, which the Original supplies.

Texture is often something that trips me up with food and beverage; it was definitely what turned me off to protein shakes. Those shakes were very chalky, but Soylent isn't. No, its not smooth like a milk-shake or a good beer, but it doesn't leave me smacking my gums in that universal expression of "how do I get that vile concoction out of my mouth", either.

If I could compare Soylent to anything, it would be something that requires me to return to my childhood. To this day, I could not explain to you why it was there, but my parents had a box of dehydrated milk in our pantry. Early on in my life, I developed an aversion for milk, and that sticks to me to this day. When my mother was still trying to get me to drink the vile cattle beverage, but we had run out, I remember her giving me a glass of reconstituted powered milk. This did not make me like milk any better, and if anything was worse than the kind from the jug.

Given that comparison, you probably think I'm going to give Soylent a big thumbs-down, but that is premature. While it might remind me of that reconstituted dehydrated milk, it does not cause in me the aversion that the milk does. No, it isn't what I would call an ejoyable meal, but that's not the point, is it?

This is fuel, plain and simple. At 400 calories for a 14oz bottle, its far more of a meal than is a soda. It has a quality amount of vitamins and nutrients, where a soda just gets you calories. It is filling in a way that many liquid beverages have failed to do. Its simple blandness actually recommends it.

Am I going to purchase a shipment of these to keep on hand? No. While they are easy fuel, I would much rather have a simple turkey & cheese sandwich, as a low-calorie, fast meal. It has better texture, better taste and is nearly as convenient. To me, that's enough of a difference to make it worth it. Your mileage may vary, and that's perfectly ok.

This was a fun Saturday night experience, but my next beverage will be significantly tastier, albeit less healthy and with a similar number of calories. 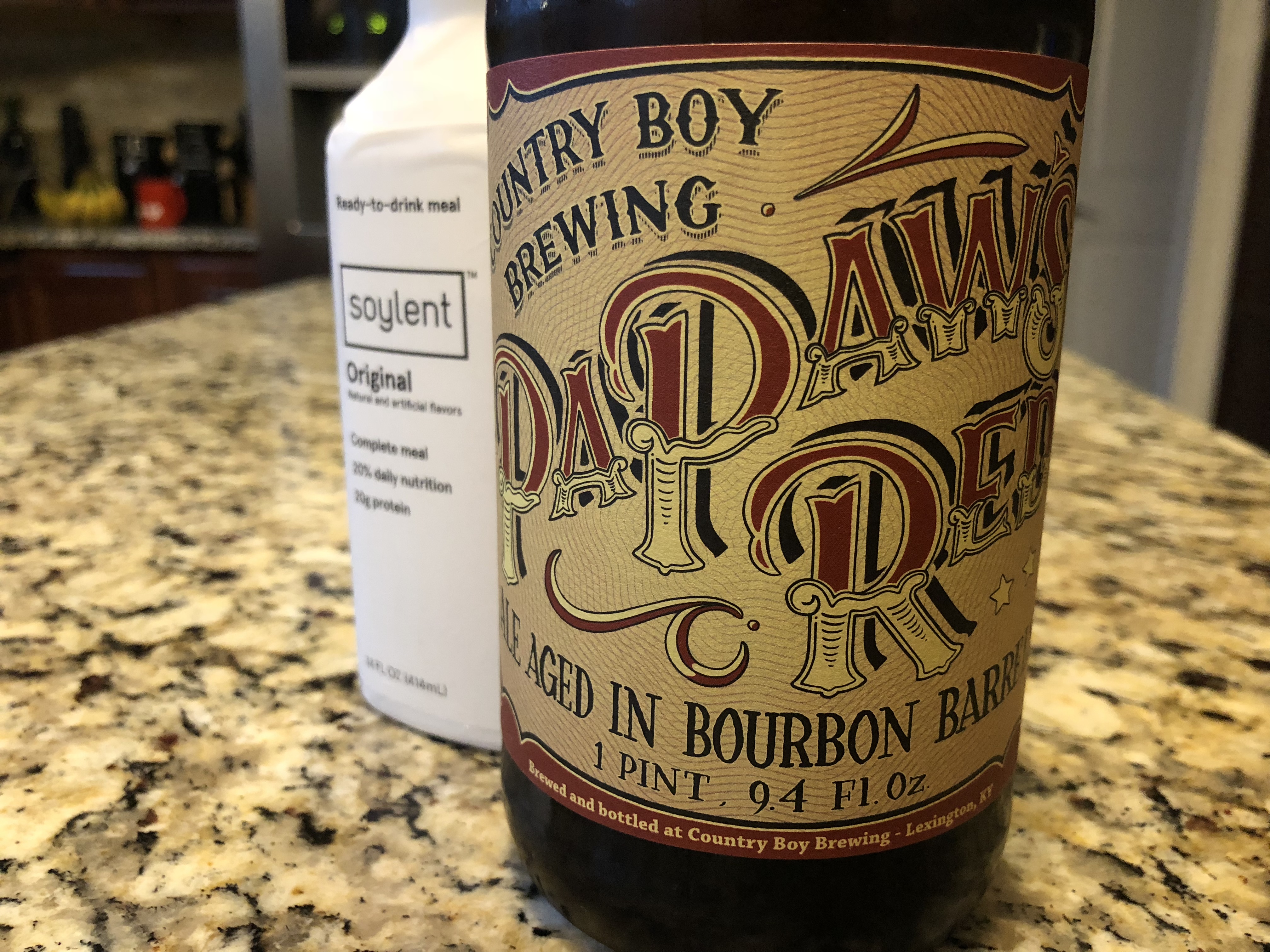