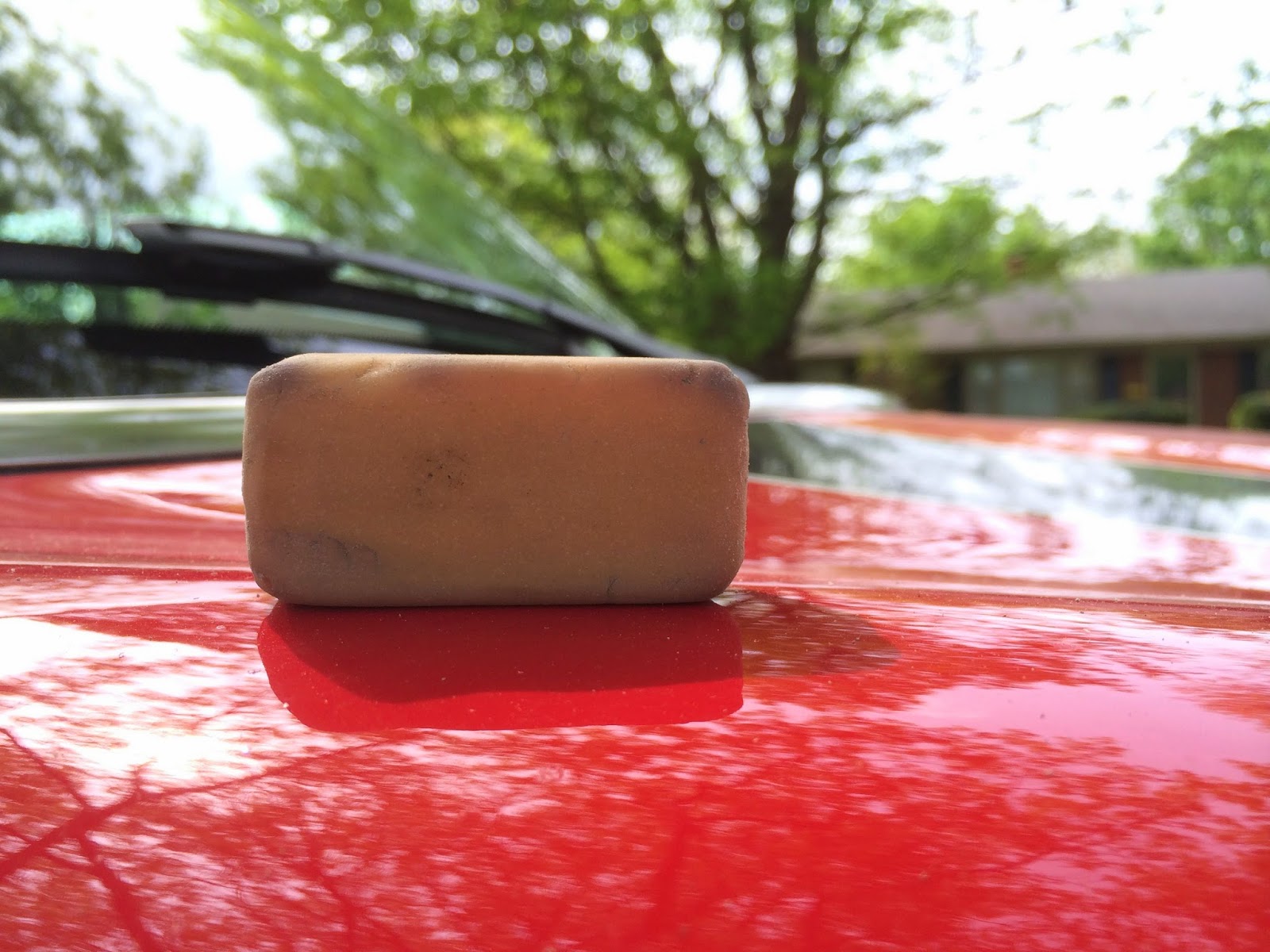 This, is my eraser. It is magic. No, not in the clean your bathtub kind of magic, but there are definitely some similarities. Until this afternoon, I had no idea the many and various uses to which you could use this little gem.

I’ve had this particular eraser in my desk for years. Before I got my iPad–or more recently my retina MacBook Pro with an SSD drive and ridiculously long battery–I carried around a paper notepad and a mechanical pencil. Besides my aversion for most things analog, this setup worked fairly well. The one thing that didn’t work so well was the pencil’s eraser. They were at least replaceable, but they didn’t last long and had the very unfortunate side effect of extending the pencil led if you were a bit too vigorous in your erasing. Being the relatively frugal person I am, I decided that buying a bunch of tiny, specialized pencil erasers was silly, especially given how poor they functioned, so I purchased a couple of these relatively large erasers.

Until the time I got that iPad, this eraser served me very well. I kept one in my backpack and another at my desk. You never really saw me without one. This probably made people wonder about me a little, but hey, that will happen no matter if I’ve got an eraser in my pocket or not. Since the iPad arrived, these little guys have found themselves relegated to drawers and boxes as I am nearing the point where I have entirely forgotten how to write.

Last weekend, I decided it was time to wax my Mini Cooper Clubman. It had been my daily driver for almost 18 months now and I figured it needed some tender, loving care. The car has been so good to me, despite my commute having added 45,000 miles to its odometer, that it needed a good rub down and massage. Out came the bucket of chemicals and rags to pretty up my ride.

In high school, my part-time job was working at a semi-automated car wash. It was a great job for a high schooler because I worked at most 3 hours on the weekdays, at most 9 hours on the weekend and if it rained, I got to go home. All I needed was cash for gas and food, so this worked out amazingly well and cut into my free time very little. I learned a lot about how to really clean a car–especially how to do it in a hurry.

The one thing this job didn’t teach me about was waxing. Over the years, I’ve picked up a few different tricks, but since my last new car, there had been one significant change in automobiles that made waxing much more difficult than the cars I worked on as a kid. Namely, unpainted plastic trim pieces. These things make cars cheaper to make, less expensive to buy but make maintenance just that much more of a hassle.

When you wax a car, you really can’t avoid getting the wax on these pieces. It doesn’t matter how hard you try, how careful and slow you go, its just going to happen. Once it does, no amount of water, soap or rubbing with a towel will make that wax release from that plastic. Your car ends up looking like its got the weirdest graying problem, as if the plastic is streaking like a 40 year old’s head. Very unfortunate side-effect.

Thus, the last week has seen me wince every time I walked up to my car because of those nasty grayish, white smears that would not come off the plastic. It drove me nuts, but there wasn’t much I thought I could do about it… at least not until I asked my good friend Google. The internet, you are my sensei.

This is where we return to that lovely eraser at the top of this post, which I snapped after it had rid my car of those ugly blemishes left over from the wax. At first, I was a bit incredulous that this would actually work, despite the assurance of numerous forums and pages I visited all singing its praises. At best, the smears would be less prominent, or so I thought. Imagine my surprise when the first swipe of that little magic block of goo wiped the was away like it had never existed.

Half the reason this entry is being written is so that there is a record of this for the future, the next time that my car finds itself in need of a good shine. The time spent to write this out will surely make me internalize the knowledge so that it will become my first thought. But a better idea is probably to move that lovely little eraser out of the drawer where it has been neglected for years and into that car care bucket so it can once again have a purpose in my life.