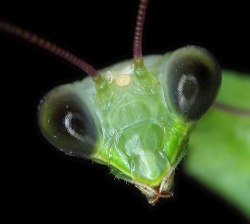 I’ve been meaning to post this for quite some time, but I’ll be honest, my desire to write has been a bit, well, lacking as of late. Which is really ironic as this post is all about how to not be lazy in writing up a good bug report.

To explain why this has been on my mind, you have to step back in time about 25 months to when I was promoted to manage a QA team in addition to BAs. At that point, the team was undersized and undertrained. I immediately hired 2 new analysts, but they both came from our call center. While they had a deep understanding of our company’s business processes and a good understanding of our technology stack, neither of them had ever worked in a full time testing role. To add to those two hires, I also brought on a few new experienced contract analysts in order to help keep a big project going.

It was this large spate of hiring that made me realize something sad… most people who claim to know how to test really suck at the job. This was a strange thing to me because while I’m generally regarded as someone who can break a system just by looking at it funny, I really hate to test. I was interviewing a bunch of people who claimed to love testing, but it was really obvious that most of them were really bad at it. Telling who would be a great tester was not easy, but there was one question that would immediately unveil who was a really bad tester, “Tell me what information you put in a quality defect report.”

The really amazing thing was how many potential analysts really could not answer this question. I interviewed people who had a couple years of experience up through people with over twenty years of experience, yet claimed to not really know what went in a good defect. I remember my first project, where I was brought in to do user acceptance testing and taught day 1 how to write up a proper defect report. I learned everything from the data I needed to capture, how to put it in the tracking system (sadly, a spreadsheet) and why it was so important to get everything right the first time. It wasn’t that I did get it right the first time (or the first half dozen, really), but within a week or so into the job, it was so boring that I could have logged a bug in my sleep.

Getting all the paperwork right isn’t really the most important thing in the job, but getting this one piece of paperwork right makes such an incredible difference. Less time spent by developers trying to recreate the problem, less churn as the defect gets sent back and forth for clarification and a faster time to get the fix in a build and retested. Not knowing how to log a bug, especially from someone expected to be a leader in the testing process, was just a non-starter, especially when I had two true newbies to train at the same time.

So what makes a great bug? Truthfully, the list is somewhat subjective, but lets get to a few items first off which there would be very little controversy in including.

Depending upon your situation, there are a few things that, while not required in every situation, might be good to note. Some of these might be controversial, mostly because they just don’t apply to your situation.

This post has been all about things you should include when logging a bug, but there are a few things you should steer away from when logging a bug. Its not that you can’t include these, but its usually better not to do so. Most often this isn’t because its objectively wrong to include these, just that its often political suicide to do so as defect managers and development managers often feel you are overstepping your bounds by doing so.

What am I missing?

As I said, this post has been in my mind to write for quite some time now and I just haven’t gotten around to it, so I am positive that you’ve just read my list and thought, “Why didn’t he include XXXXX?” Well, the easy answer is, I just missed it. The more nuanced answer is, I may not agree. :) Lets hash that out in the comments!