In the first half of this post, we walked through the ways in which the phrase ‘best practice’ has been abused by different groups of people and discussed why what people refer to as 'best practice’ rarely lives up to the claim. This part of the post will discuss some of the elements that must be present for a process to really be 'best’. I do recognize a bit of irony in this post because it also fails one of the tests outlined in the first half of this post, namely that there is no scientific basis for the inclusion or completeness to make itself a best practice. The difference here is that I’m up front about it being my experience and not making a claim it will work for everyone. :)
Head of the Pack 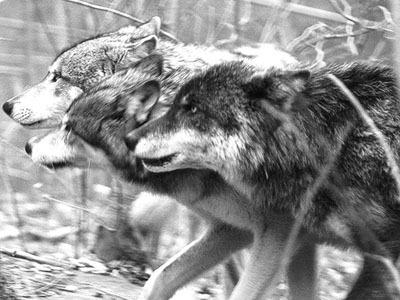 At first glance, that might seem a crazy statement, but its really not. There are many examples in the real world of how corporations with horribly broken processes are still leaders in their industry. Think about General Motors as the poster-child for this behavior. Despite Toyota besting it in quality for decades and most all major car manufacturers besting it in cost structure, GM remained the preeminent car manufacturer for decades. They were not the best at what they did (creating brand loyalty the possible exception) yet lead the industry for a very long time.
But it was Toyota’s best practices for quality and reliability that eventually led it to remove GM from its place as the market leader. Is it possible that Toyota could have defeated GM without having best practices for quality and reliability? Anything is possible, but removing these two roadblocks, along with fuel efficiency and anticipation of customer’s eventual desire for smaller vehicles, meant that Toyota was poised to take advantage of any misstep on the part of GM.
What it comes down to is competitive advantage. Best practices can and do provide ways for your team or company to do what it does in the most effective manner. It not only allows you to do more with less, but more importantly, it helps you do the right things and in the right order.
We’re Unique, Just Like Everyone Else

So, if best practices are so helpful, why don’t we see companies in the same industry or line of business all follow the exact same process? Why do so many businesses tout themselves and their practices as unique when it comes to the value they provide to their customers?
Best practices are identifiers which set one set of companies apart from everyone else in their market. Its not that what these companies do, or even how they do it, is radically different from what is done by their competition. Usually the differences are small, but they’re unique and different enough in the right ways to create a positive impact on the business. It can be as simple as saying 'Thank you for calling. I hope you have a nice day!’ to customers before you hang up the phone with them or it can be as complex as adding in a multi-million dollar piece of machinery that shaves $0.0001 off every one of the 2,000,000 widgets you make every single day.
Everyone has a process, regardless of if they recognize or document it. The point of a best practice is to make sure you’re doing the right things and in the right way.
A Broken Record

Best practices that really are best are ones that can be accomplished time after time with minimal oversight and correction. The more repeatable the process, the more likely it can be classified as the best. If you manage a process and find that you spend a significant portion of your time doing nothing but monitoring those who perform the process, you’ve either got a problem with the process or with the people not following the process. If the process doesn’t work, it likely needs to be changed. If the people are not following the process, it is an indication that either the process does not contain the correct steps or that it is being willfully ignored by people who are in the wrong job role.
But repeatable is only part of the equation as the process must also be measurable. Going back to those sales guys I picked on in part one of this post, I was once told that a vendor’s product included best practices for managing customers. The vendor was completely unable to explain how their product accomplished this goal. The company had no measures describing how they were the best. If no one knows where the goal line is in football, no one can score. The same principle applies to best practices as well.
A word of caution about measures is that speed is not always the end all of measures. During one project in my career, I had a major stakeholder complain that their average time per work unit spiked significantly after implementation of a new software application. They wanted to find ways to decrease their data entry time back to their historic levels. What they didn’t understand was that their team’s spike in time provided a significant savings in time to many other areas of the business, which decreased costs overall to the division. Their work time increased because they no longer captured only the minimum information possible, but loaded additional data that was then used repeatedly by the rest of the company. Capturing more of the customer’s information early in the process was a significant change which moved the company closer to an industry best practice, but the team in questions’s metrics were not inclusive enough to capture the full value of their work. They were focusing on their speed without seeing the overall process speed.
Process Gymnastics

The last aspect of best practice I’ll cover is the concept of flexibility. A best practice is one that is not enshrined in stone with no ability to change in the face of market conditions or customer satisfaction. It doesn’t sit in a binder on a shelf collecting dust, only brought out when someone needs to be hit in the head with it as a punishment for failing to follow it properly.
Building in flexibility usually means setting boundaries around what is acceptable and who must approve when going outside of the boundaries. There is usually a direct correlation between the degree of divergence from the norm and the rigor that must be applied to ensure that the exception is valid. The further the deviation, the higher the rank needed for approval or the more numerous are the individuals needed to approve the deviation.
One of the best examples I can provide for approval when going outside of boundaries is purchasing a new car. Sales reps know the cost structure of the dealership and know the floor price at which they can sell without getting a manager involved. They have a significant range of prices available to them, but some costs are simply non-negotiable regardless of approvals. Examples of these costs are license, tax and registration fees that must be paid to the state when the car is purchased. These are fixed prices where no amount of negotiation can result in a change in price. The customer can ask for a change in these fees, but the dealership will be legally bound to refuse the customer’s request. The dealership, if it wants to make the sale badly enough, could decrease the non-fee portion of the total cost to offset the amount of the fees, resulting in the customer reaching their desired price while remaining within the boundaries of the process. Its a gymnastic stretch, but the process is designed to be flexible enough to accommodate the needs of the dealership’s customers.
So what other aspects of best practice have you found in your career? Let us know in the comments.